The Road to Sanctuary

Best Minion Ever is a story mission in Borderlands 2 given by Sir Hammerlock. The mission is performed in Southern Shelf.

"After Handsome Jack left you for dead in Windshear Waste, you escaped the cold and met a CL4P-TP general purpose robot – the last of his kind on Pandora. He has enlisted you as his minion. You are to help him kill Jack, destroy the warrior, and save Pandora. Now that his minion is well-armed and raring for a fight, Claptrap feels it's time for you and him to head to Sanctuary, the last free town in Pandora. To do that, you'll need to steal Claptrap's boat back from the nefarious Captain Flynt. One obstacle stands between you and Flynt, however: Flynt's henchman, an explosives expert named Boom Bewm."

This mission primarily involves following Claptrap through bandit territory to reach a boat. Initially this means moving through territory occupied by bandits, and is broken by two significant boss encounters.

The first major fight is with Boom and Bewm. It is possible to start the fight without entering the arena, by edging up to the drop into the arena Vault Hunters can trigger the fight, then withdraw to the surrounding buildings and snipe. Boom starts the battle atop a giant cannon called Big Bertha. This cannon will rotate slowly, so its fire can be outrun or avoided by keeping to cover as much as possible. Damage inflicted on this cannon will eventually reduce its structure to around 10% health, whereupon Boom will leap down and personally enter the fray. It is also possible to kill Boom before destroying the cannon, leaving the cannon inert. Boom's brother Bewm is equipped with a jet pack and will present an awkward target as he jets through the air and attacks from a high vantage. Both of them will attack with grenades, providing even more incentive to stay on the run. These flights are short lived however, and he spends much of his time attacking on foot. Killing either Boom or Bewm will cause two psychos at a time to spawn until the other boss is killed. These psychos can provide second winds. The character may be safer standing his ground against the psychos if Big Bertha is still operational as running from them will take him/her out of cover.

After Boom and Bewm are defeated and Big Bertha is used to blow up the gate, a large number of bandits will enter. They can be fought on foot, but using Big Bertha to kill them is far easier as the Vault Hunter who operates Big Bertha, and the cannon itself, are both invincible.

Claptrap will be missing after the bandits are dead. Vault Hunters must follow the way point to find Claptrap being beaten by three bandits. A short while later, Claptrap's progress is halted by stairs and he must be hoisted aloft from a mechanism above. This entails fighting through more bandits to reach the switch. Once up, Claptrap will then open the way to the final boss encounter against Captain Flynt.

The fight against Flynt and his cronies takes place on top of the freighter deck. Flynt will remain on his perch and watch his lackeys throw themselves into the fray before descending to the deck himself after Vault Hunters either get close enough or deplete a significant amount of health. He attacks with a flamethrower that will quickly deplete shields. His critical hit location is his exposed head behind his mask, requiring attackers to flank him to exploit his weakness. He also has an ability to slam his anchor in the ground and knock characters back, although instead of slamming once, he does it multiple times.

While there are many walls and obstacles to provide cover from the Captain's grenades and flames, Vault Hunters should be careful not to stand on the exposed grilles that will erupt with fire partway through the battle. When Flynt is engulfed in flames from the grilles on deck, he gains a massive damage resistance, making it preferable to seek cover until the flames die out.

It is possible to retreat to the lower area (or simply die) and return to the last checkpoint, where there is more cover, while Flynt and his minions must stand, exposed, on the metal beams jutting from the ship. Additionally, it is possible to shoot him from the walkway leading up to his ship while he stands on his perch.

After Flynt's defeat, Claptrap will lead the way through the large ship to find his actual "ship" (a boat), behind it and must board to complete the mission.

"By killing Captain Flynt, you have increased the average literacy of the entire area by a factor of ten. Now nothing stands between you and a frigid, fifteen-hour boat ride with Claptrap. 'Grats!" 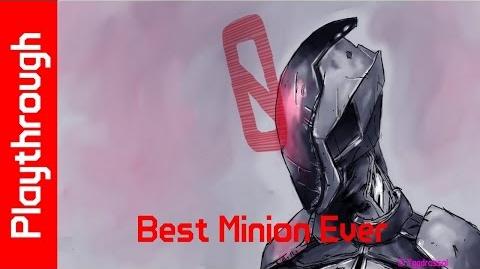