Shoot them in the face. Twice. – After a set travel time, the initial shot splits into three projectiles. The split projectiles pause in the air for a brief moment before rapidly accelerating to full speed, in a set pattern, with one to the left, one to the right, and one in the center. Increased damage.

The Bekah should be used in the typical fashion of standard Jakobs assault rifles, but with mind paid to the distance from the target to maximize damage from the split projectile. With a single pull of the trigger capable of doing several times the damage on the weapon card, the Bekah is capable of very high mid-range damage output.

It has a 50% additive crit, and 15% multiplicative crit bonus. The projectiles have a penetration effect similar to B0re, but without the damage boost and the range being dependent on the hardware of the machine running Borderlands 2. It also has a high recoil that can be absolved by the accuracy prefix or a Dahl stock. 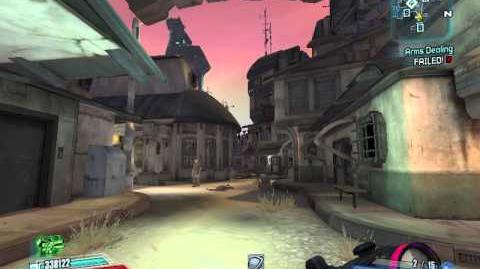