The Bane boasts staggering damage for a unique submachine gun, outperforming even a non-elemental Bitch of the same level. This damage comes at a significant cost: in addition to the annoying sound effects, the Bane slows the character's movement speed to something approximating that seen in Fight For Your Life. This makes the Bane highly impractical for most combat situations, with some exceptions: 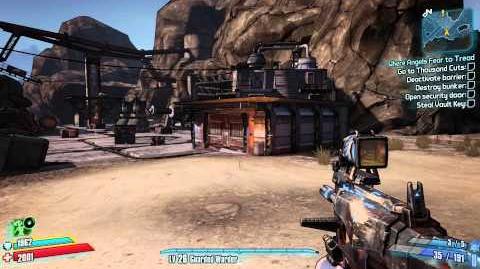