Badass Spiderant Zappers are very large spiderants, similar in size to Spiderant Queen. They are distinguished by their blue colored armor and electric arcs pulsating all over their bodies. 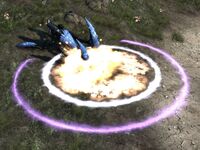 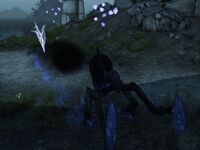 Retrieved from "https://borderlands.fandom.com/wiki/Badass_Spiderant_Zapper?oldid=454774"
Community content is available under CC-BY-SA unless otherwise noted.