This badass creature is as big as the Giant Scythid while attacking with all the complexity and blinding speed of the Desert Scythid. In addition to a moderately damaging acid-based spray of projectiles it can leap, fly, zig-zag, and slash. Like all elemental scythid, the Badass Poison Scythid explodes when it dies, usually triggering a corrosive elemental effect.

These monsters have another, quite unexpected, attack mode. They are capable of launching shock projectiles, which are equally devastating as those launched by Badass Shock Scythids.

Heavy automatic fire from combat rifles can be used on Badass Poison Scythids to great effect. Poison Scythids have the most damaging death explosion, capable of crippling a victim at short range, so they should be killed on sight from a safe distance if possible, preferably with a high powered sniper rifle. 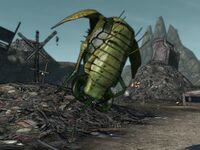 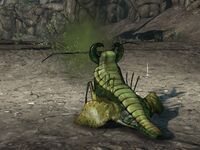 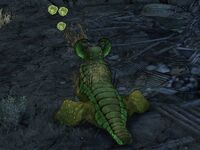 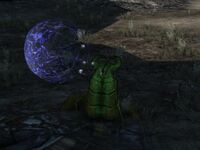