This Crater was used by the Torgue Corporation as a battle zone for its television show. Mr. Torgue hosts the arena battles at the Torgue Arena. The area is mostly composed of bandits camps and two ruined highways that the Biker bandits used to jump off of. Near the arena is a small town housing all 3 bandit clans, Mama's Boys, Torgue bandits, and Bikers. A large blimp circles the area observing the arena.

After Piston's blimp has been destroyed (damaged) it with still circle the map while on fire. 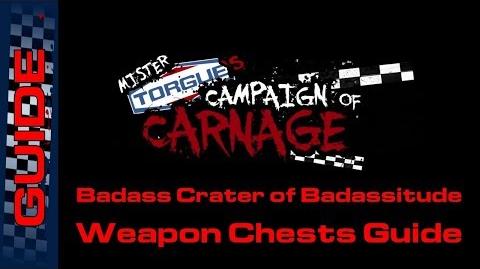 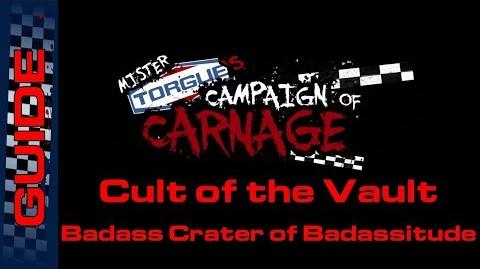 Retrieved from "https://borderlands.fandom.com/wiki/Badass_Crater_of_Badassitude?oldid=427383"
Community content is available under CC-BY-SA unless otherwise noted.