Find the 2 treasure chests hidden behind the Signs.

As Advertised is a location-based challenge in Mr. Torgue's Campaign of Carnage. To perform this challenge in Badass Crater of Badassitude, it is required to find two red loot chests hidden behind billboards. It is worth 4 Badass Rank.

The locations are shown by yellow dots on the [Map]. 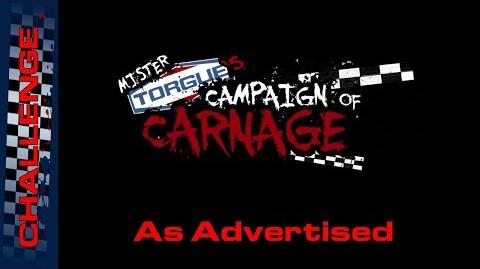 As Advertised
Retrieved from "https://borderlands.fandom.com/wiki/As_Advertised?oldid=413798"
Community content is available under CC-BY-SA unless otherwise noted.