In order to protect his business, Dr. Zed asks the Vault Hunters to collect the merchandise from his arms dealer.

"If you can drive fast and not ask a lot of silly questions like, "Why am I doing this?" or "What is that smell?" Zed has a job for you."

This mission has a count down timer starting at 2 minutes. The countdown starts after the character pick up the first arm in the mailbox. Picking up each arm adds 30 seconds to the timer.

This mission differs from other timed missions in that after collecting all of the arms, the character needs to return to Overlook before the count down expires. One viable strategy is to spawn two vehicles at Overlook, and when the last arm is retrieved, the character can teleport the group back to Overlook by using the teleport-to-vehicle feature of a Catch-A-Ride.

"Since arriving on Pandora you have been mauled, shot, stabbed, and frozen... and yet, that pun hurts worst of all."

Turn In: Overlook bounty board

Rewards: A vitality relic of blue rarity, or a green rarity shield; 1604XP 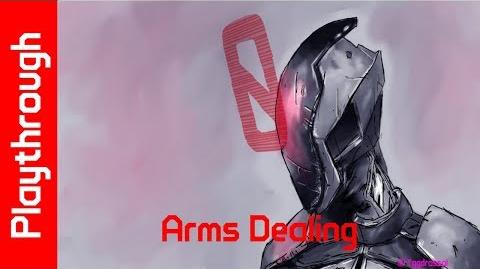