Animal Rights is an optional mission in Borderlands 2 given by Mordecai. It becomes available after Wildlife Preservation is complete.

"Mordecai, furious over Bloodwing's death, asked you to head to the Hyperion Exploitation Preserve and free three separate creatures from imprisonment so they can tear the staff apart."

The general procedure with Animal Rights is to follow the waypoints and flip switches at each one. This releases captive creatures that turn on their captors, yet will not attack Vault Hunters. This leaves players free to assist or simply stand back and watch as the animals get to work.

The first objective is at the Preserve Dockyard where some needle stalkers are penned in some containers (map point #2). Once released, they quickly set upon their former handlers. One in particular, named Willy the Stalker, presents a more formidable attacker than his brethren, and otherwise they will quickly overpower the Engineers arrayed against them, before diving into the water when they are done.

The second objective is on the way to Specimen Maintenance where a control room switch opens three wall grates securing a number of alpha skags (map point #3). One of the skags is named Willy the Skag and is tougher than the others. Once they have chewed through the guards, they depart through a darkened doorway that closes behind them.

The final objective, near the Observation Wing (map point #6), is to release Stinger, a bad ass stalker that also has an appetite for Hyperion's game keepers. Stinger may take some time bringing down all the prey running around, but they also bunch on the stalker, presenting a convenient target for area effect attacks. Seeing as Stinger takes no damage from player actions, a grenade or two can help to speed the fight along.

"Mordecai will sleep a little easier knowing that the employees of the Hyperion Exploitation Preserve died screaming." 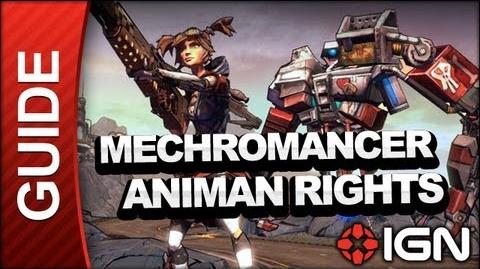 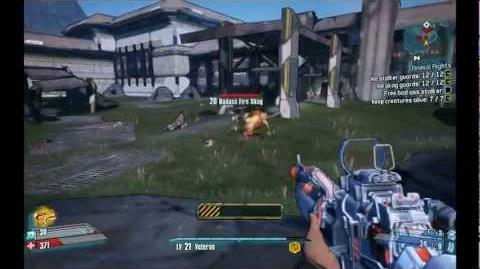 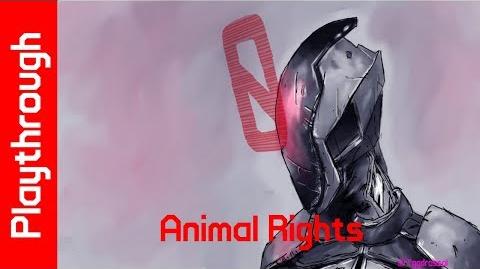