Angry Midgets are midget enemies encountered in Borderlands 2. They are variant of midget psychos and never spawn on their own but are found chained to nomads' shields. Shooting the chains will set them free, after which they will attack friend and foe alike.

Angry Midgets are armed with throwing knives but other than that in combat they behave exactly as midget psychos, and should be dealt with accordingly. 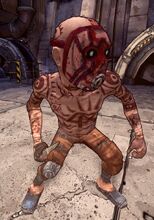 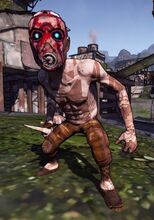 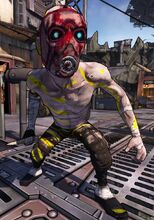