The Abandoned Training Facility is a location in Borderlands: The Pre-Sequel. It is where the Shock Drop Slaughter Pit pre-order DLC takes place. TR4NU console, a Dahl AI designed to train recruits, tasks the Vault Hunters with completing five missions of wave-based combat. Each mission consists of killing three waves of scavs, with the enemies becoming progressively more difficult with each new mission level.

The Abandoned Training Facility is an old Dahl installation on the edge of Outlands Canyon to the far East. A command room overlooking the area has a view over a lava-filled chasm, and offers access to some vending machines. The facility itself consists of several Oxygen-filled structures connected by open paths overlooking the lava. One structure sits alone on an isolated rock, and can be accessed by leaping across the lava. Numerous lootable objects are scattered throughout the area, from ammo crates placed liberally both inside and out, and rows of lockers inside. 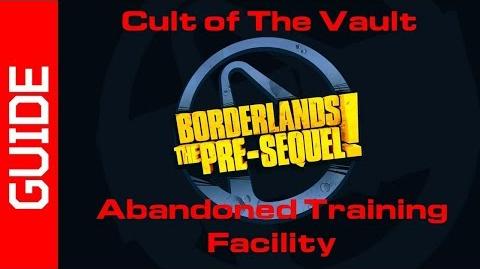 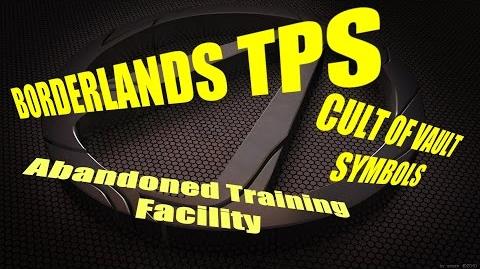