A Real Boy: Clothes Make the Man is the first part of a three part optional mission given by Mal in the Eridium Blight.

The clothes are all dropped from bandits on the western side of the Eridium Blight near Lover's Leap. The bandit group is a routine mix of marauders, psychos and goliaths.

"You brought Mal some clothes, but he doesn't seem satisfied." 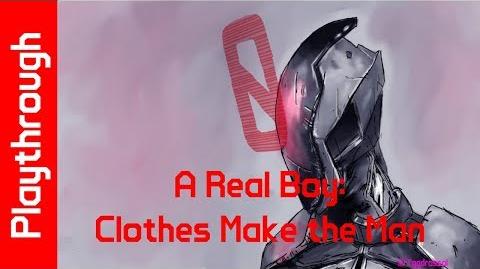 A Real Boy Clothes Make the Man
Retrieved from "https://borderlands.fandom.com/wiki/A_Real_Boy:_Clothes_Make_the_Man?oldid=432557"
Community content is available under CC-BY-SA unless otherwise noted.