Find King Mong and kill him while he is slagged.

Originally listed as "Undiscovered" Find King Mong and kill him while he is slagged.

This challenge is worth 1 Badass Rank

King Mong can usually be found heading south just past the gate nearest the local fast travel station, along with the other bullymongs that spawn in the area along the slope leading to Hero's Pass . He can also be found near the entrance to Arid Nexus - Boneyard on the south-east area.

It is not necessary to kill him with a slag weapon to get the challenge. He can be slagged by any means available, and as long as he is killed while in a slagged state, the challenge will be awarded. 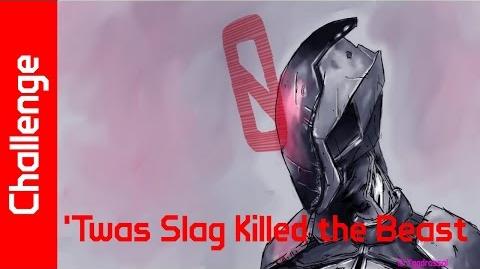